Thank you for visiting our website, we hope you will visit us in person soon.  We have many opportunities for thanksgiving and prayer, for service, and for fellowship.  May God bless you and keep you always.

Rob grew up in Athens, Georgia, and later graduated from the University of the South with a B.A. in American Studies in 1989.  After graduation, he taught high school English for four years at Darlington School in Rome, Georgia, where he also coached soccer.  He then attended the General Theological Seminary in New York City, graduating in 1996, and being ordained to the priesthood the same year.

He has served as assistant rector in the parishes of Grace-Calvary, Clarkesville, GA (1996–1997), and Holy Innocents’, Atlanta (1998–2000).  At St. Paul’s,Columbus, 2000-2004, he  served as rector, and then in in November 2004, he was called be rector St. Aidan’s in Alpharetta, GA.  While at St. Aidan’s, he was appointed by the Bishop as Dean of the Marietta Convocation, a region of Episcopal church working together in ministry.  Rob also served in the area of Congregational Development and Church Transition Consulting.  He elected as First Alternate for the Diocese of Atlanta to the Episcopal Church’s National or General Convention in July of 2009 and in 2012.

He began his ministry as rector of Good Shepherd in March of 2016. 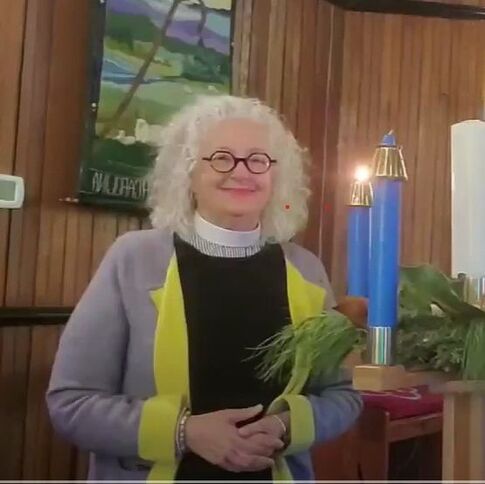 Rev. Alison Shultz | Assistant Rector
We are pleased to announce an addition to our church and staff: The Rev. Alison Schultz! She started with us as a part-time assistant priest on the first Sunday of Advent, November 28, 2021.

Alison was baptized, confirmed and married in the same small parish in northeastern Ohio. She taught children for a few years before going to graduate school in northwest Florida. She then worked as a political consultant in the Atlanta area for a number of years before taking a job as Director of Formation. Over the next 17 years she served 2 parishes in the Diocese of Atlanta. Eventually, heeding the call to priesthoodshe went to NYC to study at The General Theological Seminary., then returned back to Atlanta in 2006 where she served as an associate rector of a large suburban parish, Holy Innocents’. In September 2014  she began serving as associate rector, then preist-in-charge in 2019 at Christ Church Parish, Lake Oswego in Portland, Oregon.